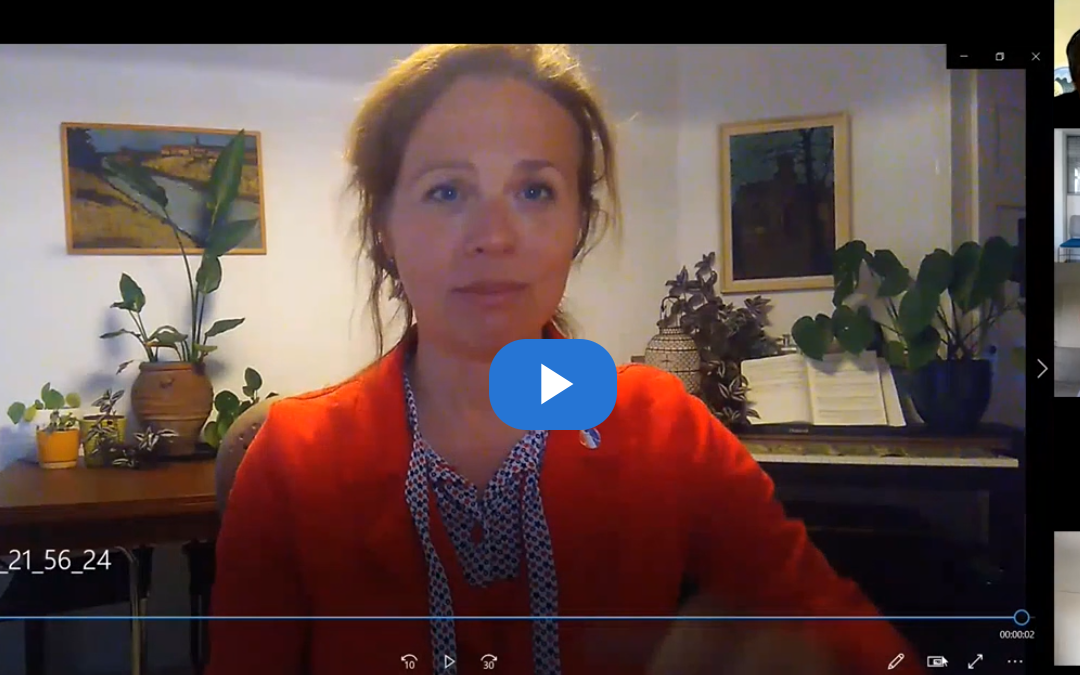 Participants will gain new insights about earth system tipping points as a threat to human civilization and the power of social tipping points as an opportunity to leverage unprecedented transformation urgently needed to address the planetary emergency. The issues discussed are central to all EU policy objectives and priorities, and more widely to the survival of human civilisation as we know it.
After two high level keynotes by Johan Rockström and Tim Lenton, a panel will present insights and different perspectives on social tipping points to leverage transformative change at the speed and scale required. There is now an increasing wealth of scholarship on social tipping points whereby relatively small interventions allow to push systems beyond a point where they turn, upwards or downwards, into a new regime. Given the scale and urgency of the planetary emergency and climate change, research has also addressed conditions for wider system transformations or overhauls through social tipping processes and tipping cascades.

Will this be enough to turn the ship? What will be the role of the EU to orchestrate transformative action? How can democracy cope with the challenges? How does sustainability transformation look like from the global South? It is now or never if we want to limit global warming to 1.5°C the latest IPCC report on mitigation clearly states; global GHGemissions need to peak between 2020 and at the latest before 2025 to limit warming to 1.5°C with no or limited overshoot. Demand and services have the potential to bring down global emissions by 40–70% by 2050.
This talk will conclude the series of SDG Knowledge Talks.Date: Tuesday 7 June, 14–16hRegister: EU Learn – Knowledge for SDGs (part 6) Knowledge for SDGs (part 6) (europa.eu)

Thank you for inviting me and giving me the opportunity to share the perspective from our civil society movement in the Netherlands: the Social Tipping Point Coalition.

Let me start with a quote by one of the scientists who was a big inspiration to our coalition: professor Schellnhuber of the Potsdam Institute. He said: “The only way to beat the ever-accelerating climate change is with ever-accelerating changes in society”.

Luckily there’s more and more recognition of the power of civil society to turn the tide.

The latest IPCC-report states that 40-70% of all emission reductions must come from a mass change in behavior. The IPCC-report also states that this mass behavioral change will only come about with government interventions.

Our main inspirator, Ilona Otto, has identified multiple interventions that can bring about a social tipping point, a mass change in behavior that will make our current lifestyle and economy seem, well, probably outrageous and highly unethical.

We, at the Social Tipping Point Coalition, selected five of those interventions from Otto’s menu card. We aimed for interventions that civil society groups in the Netherlands were already working on and that the government could speed up when they put our campaign goals into policy. Those are: mandatory divestment, a ban on fossil advertising, standard climate education, a stop to fossil fuel subsidies and regulation that will unleash the potential of neighborhoods to build local energy networks.

One year ago, together with over 500 scientists, prominent artists, NGO’s and even university departments we called for our government to make a social tipping point strategy based on these measures. We invited the Dutch government to develop this strategy together with civil society. And to keep the fossil fuel industry out of the room – for a change.

I’ll give you an example of a social tipping point intervention from Ilona Otto’s list that I’m campaigning for with my team: a ban on fossil advertising.

The ban on tobacco ads has proven very valuable in changing norms, values and behavior. We can’t even imagine the social tipping point around tobacco without an ad ban. So why not ban ads for industries that are even more harmful than the tobacco industry?

Fossil ads are driving consumer demand and emissions in a time that we should desperately cut back. Ads for flying and ever bigger cars also shape our culture, our norms and values. They shape our identity and our relations. Advertisements from fossil fuel industry and airlines even shape which policy options we find viable, and which not. This is a huge roadblock to the transition.

Yet the Dutch government is not embracing a simple and low cost measure that will remove this obstacle and help them reach their climate goals.

Positive social changes – such as women’s rights, the abolition of slavery and even the fight against tobacco – have always been initiated from society and were often inconsistent with government regulations and dominant social norms at the time. When the pressure from society grew, governments were forced to put the new social norms into laws. Now we can’t wait for that moment to happen. Governments should proactively take measures that bring about a social tipping point.

Well, civil society and the press were very enthusiastic. It even made the frontpage of a national newspaper. Multiple political parties are now referring to the need for a social tipping point in parliament. The labor party and the greens declared last week that they want a tobacco law for the fossil fuel industry; a ban on advertising and a ban on lobbying by the fossil fuel industries!

But the government? Much to our disappointment they remained silent.

That’s why I’m both grateful and hopeful the European Commission is organizing this event. I hope this event will inspire all attendees at EU institutions to go full frontal for a social tipping point strategy. Because we desperately need speed and scaling.

And Brussels has proven before that it can be ahead of the troops when it comes to climate policy. We as activist citizen’s can promote the idea, but we need the government to seal the deal.

You can make the social tipping point-idea spread like a wildfire – before, well, the wildfires catch us.